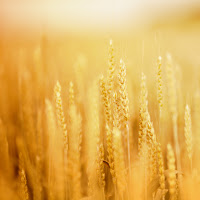 In recent years, the biofuel industry has seen tremendous growth. In 2011, Biofuels Digest reported a growing demand for alternative fuels, as evidenced by the results of the 2011 Bioenergy Business Outlook Survey. Not only did the survey reveal a growing demand for the biofuels market, it found that further growth is expected by 85 percent of industry executives (Source: Source: Biofuels industry increasingly bullish about 2011; cite "rising demand for alternative fuels" in Business Outlook Survey). Now more than ever, the need for safe, efficient biofuel storage is rising.

As the production of alternative fuels becomes more widespread, facilities that handle, transport and store these fuels will need to optimize their methods to ensure safety. Methanol, a key component of biofuel, can be extremely hazardous if improperly stored. When stored in tanks, for instance, methanol has a tendency to form flammable vapors. To ensure the safety of these storage tanks, Nitrogen is often utilized to prevent the formation of these vapors. By introducing Nitrogen into the extra space in methanol tanks, the presence of oxygen can be effectively eliminated. This process is known as atmosphere blanketing, or tank blanketing.

The process of tank blanketing using a dry, inert gas such as Nitrogen, can effectively reduce the risk of combustion, corrosion and other dangerous effects. Oxygen is an essential factor in combustion as well as oxidization, which can lead to corrosion. By eliminating the presence of oxygen, these problems are far less likely to occur.

While combustion is obviously a major safety concern, oxidization and corrosion can also cause negative effects. The presence of oxygen in biodiesel and methanol tanks can negatively affect the quality of the fuels. By practicing tank blanketing techniques, the quality of the biofuels can be preserved. Get more details on Biofuel Storage Tank Purging with Nitrogen Gas.

South-Tek Systems can further aid in a biofuel storage facility's operations by installing a Nitrogen Generator, which produces high purity Nitrogen from the surrounding air. Having an on-site Nitrogen Generator eliminates the need for purchasing, storing and handling high pressure nitrogen cylinders. This can be a cost effective alternative to having stored Nitrogen. With a Nitrogen Generator, facilities that rely on N2 gas for their essential operations can benefit from having a never-ending supply on demand while maintaining a safe, inert atmosphere for blanketing applications.